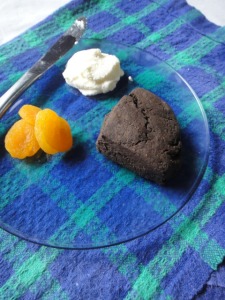 So, I had a little vacation planned. Thursday through Tuesday, a brief reprieve before the madness of the school year descends. I had planned to go camping (fail– no one would go with me and some bits of Girl Scout training stuck), planned to visit a friend (fail– complications in her life), and then to hike off to see some semi-distant family. And then, it rained. And it rained harder. And it rained even harder. And the house flooded, in through the sunroom door, up under the walls in the living room and master bedroom, the floors became a rather large puddle.

I did not go on vacation. I shop-vac’ed, moved furniture, stayed home, bought fans, called cleaning companies, and called my landlord rather a lot of times over a few days.

In lieu of my vacation, I took a couple of local hikes on heavily trodden trails with the dog, drank some wine at lunchtime (*gasp*), and made these scones. They were surprisingly close to bring suitable for a savory meal, without the excessive sweetness we expect from things like chocolate muffins, and stood up to the gluten-free conversion very well. Served with a dollop of cold ricotta, they were delicious fresh for breakfast and still pretty good for afternoon tea.

Blend together the flours, flaxseeds, baking powder, baking soda, sugar, salt and cocoa powder. Grate the butter into the dry ingredients. (I used a food processor.) Cut the butter in until the mixture resemble coarse breadcrumbs. Quickly stir in the yogurt and milk.

Turn the dough out onto a lightly floured board. Pull it together and knead a few times. Split into four sections. Pat each section into a circle, 3/4″ thick and cut into four. Repeat with the remaining sections of dough. Place on an ungreased cookie sheet and bake for 10-12 minutes.

As a 79 Cookbooks installment, I did a fairly decent job of not excessively tweaking it. This one called for wheat flour, though, and I also used brown sugar instead of while and substituted yogurt/milk for buttermilk.

One thought on “Chocolate Scones” 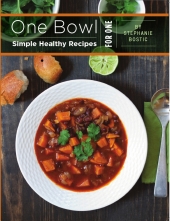